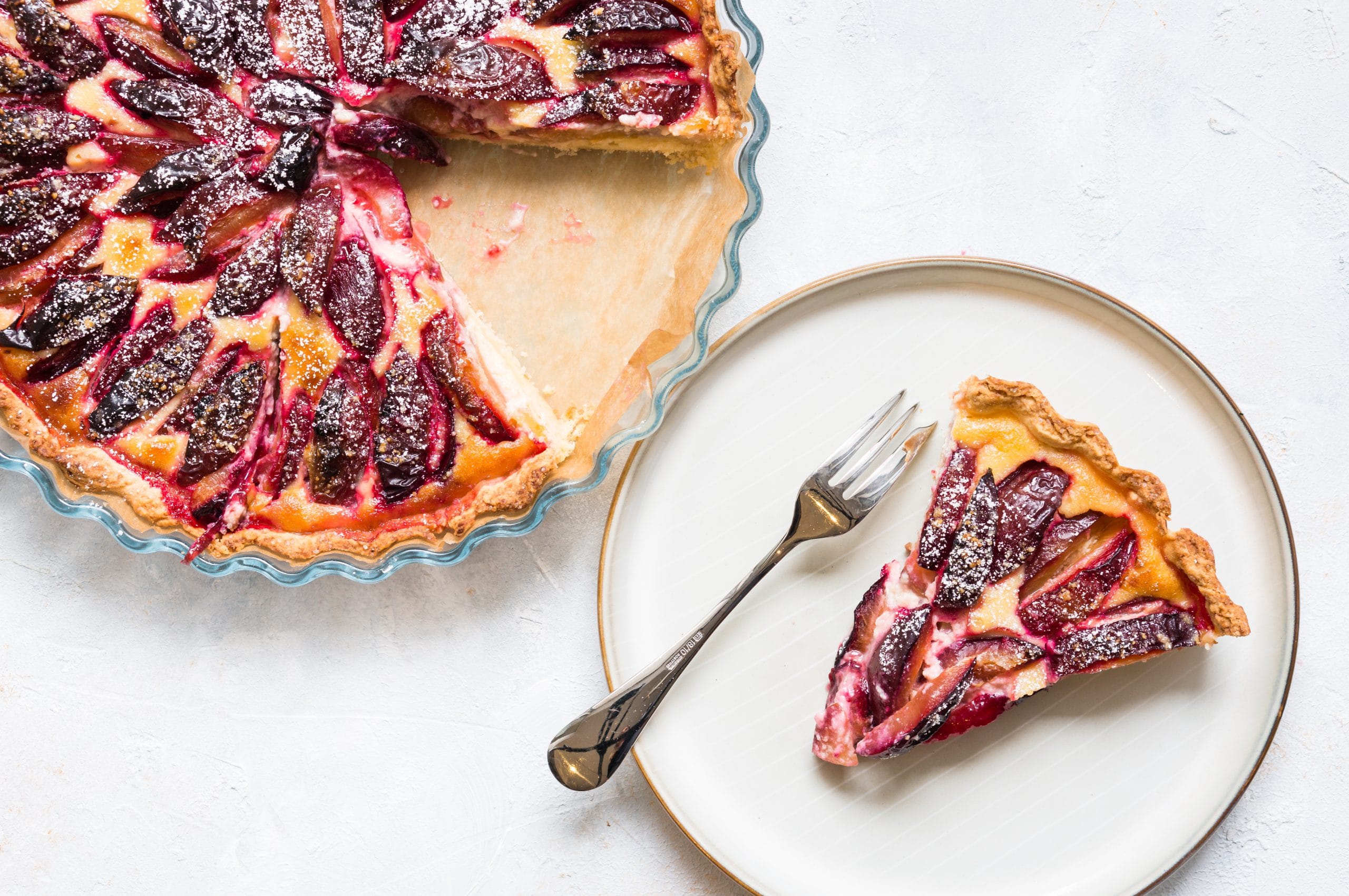 September is the season of Quetsches! So how can you not resist preparing a good Quetsches Tart with Almond Cream?

For the homemade tart dough

Start by mixing 200 g flour and 50 g sugar in a bowl. Then add 90 g of soft butter. Be careful, the butter must be really soft but not melted. I therefore advise you to take it out about an hour beforehand.

Then mix the dough until it has a sandy consistency. Then add the egg. Finally, form a ball with the dough and place it in cling film in the fridge. Leave it to rest for between 30 minutes and 1 hour.

You can prepare this dough in advance. It can be kept for a maximum of 48 hours in the fridge. You can also freeze it, just take it out well in advance to defrost it at room temperature.

Preheat the oven to 175°C. Then roll out the dough with a rolling pin. Form a circle of about 30 cm. Then place the dough on a buttered or covered with baking paper tart tin.

The dough takes longer to bake than the rest. So pre-bake the dough for 10 minutes at 175°C before continuing with the rest.

You can use dried vegetables such as beans to prevent the dough from puffing up during cooking.

So start by pitting the quetsches and then cut them into quarters.

Take the dough out of the oven and place the quetsches on top of the dough.

For the almond cream, first whip 1 egg with 20 g of sugar in a separate bowl. Then add 40 g of almond flour and 15 cl of milk. You can replace the milk with liquid cream, but the milk is a little lighter and the almond cream remains just as creamy.

Then pour the almond cream over the quetsches.

All you have to do is finish baking and place the tart for another 30 minutes in the oven at 175°C.

If you liked this recipe, then these other tart recipes will certainly interest you too!

Don’t hesitate to leave me a comment if you have any questions! 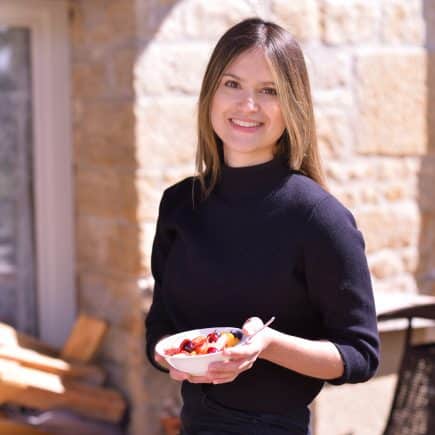 Welcome to my food blog! Here you will find quick and healthy recipes but also many recipes to make you travel!